Right. So I’ve been meaning to cook this recipe for the longest time, but I’d always not have one thing or the other that I’d need, but you see, one day, when kovs was coming over, I randomly looked in the fridge and pantry and saw that I had nigh on everything for this recipe, and here we are today. Meanwhile, Kovie is dramatic and I will tell you why later.

Now I’m sure you’re probably wondering how on earth do you make a curry out of peanuts. What’s it gonna taste like. Well, it’s easy actually. PEANUT BUTTER. But not that jarred or canned stuff with stabilizers and sugar and fat and emulsifiers and what not. I used completely natural peanut butter that I made. Popularly known as ose oji in igbo. It’s a spicy peanut butter, completely natural, made with peanuts and some spices and seasoning, ground into a paste and that’s it. You can make it at home, but you’d need a food processor and stuff. I however Milled mine at the market. Those mills do a better job of grinding everything and mixing to together into a smooth paste. About the origins of this curry, it’s definitely Asian, it has roots in Indian cooking, Indonesian cooking, as well as Thai cooking. I can’t categorically say where it originated from though. This is obviously my own take on it, but enough story. Let’s get to it.

So, as usual, these are the ings. 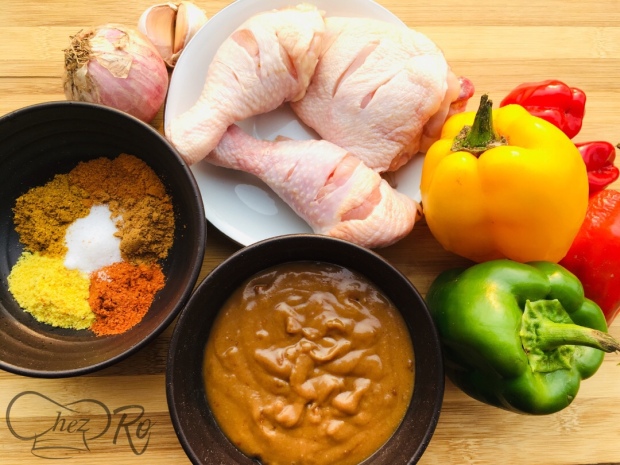 About two full chicken thighs, or you can use a pound of any chicken part you like. Breast, deboned thighs.

2 red scotch bonnets aka rodo, finely minced (because anybody who knows me knows I consume a ridiculous amount of pepper). You can totally omit this or cut it down to as little as half of one pepper, because the dry spice mix contains pepper as well as the peanut butter.

1/2 of a large onion or one whole medium onion, cut into large chunks.

1 or 2 tablespoons of peanut oil, or any vegetable oil.

For the spice mix:

One tablespoon each of salt, cayenne pepper(ata Gigun), yaji, curry powder, chicken seasoning (use 2 cubes, crumbled, if you don’t have the already powdered version) and lastly one teaspoon of pepper soup spice. I’m using one teaspoon because it contains very similar ingredients to the yaji.

NB: Let me quickly digress for a bit. This is called the Maillard reaction . Something about amino acids and reducing sugars reacting with heat to give browned food its distinctive taste and flavour. So many foods undergo this. Steaks, cookies, vegetables, breads. I mean, why do you think all these things taste so good? Anyhoo, enough chemistry for one day.

A little dramatic, I know. But please, I really would rather die than eat over cooked bell peppers. I’ll just cry.

And that’s it. Your spicy (I did tell you somewhere earlier in this post that it was spicy) chicken peanut curry is ready. 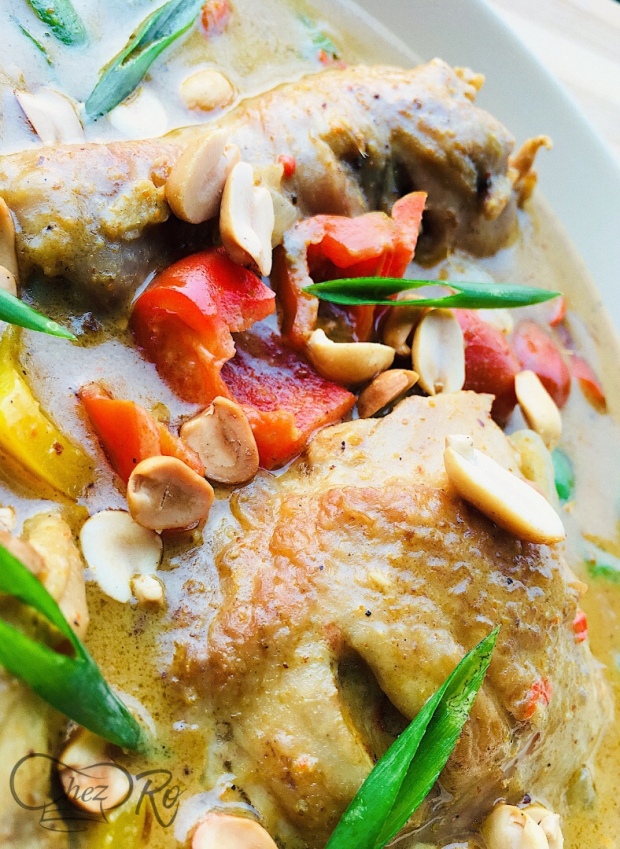 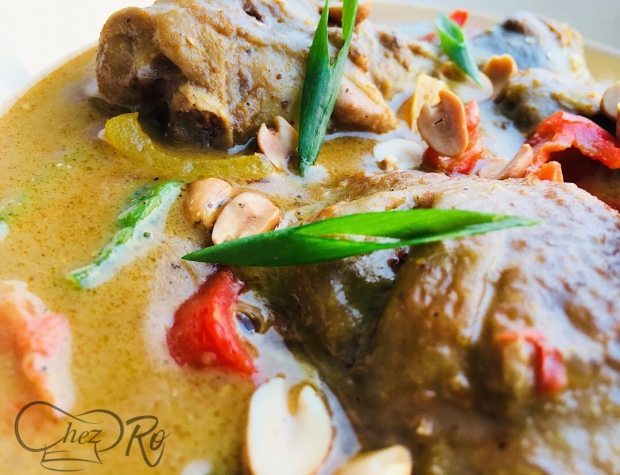 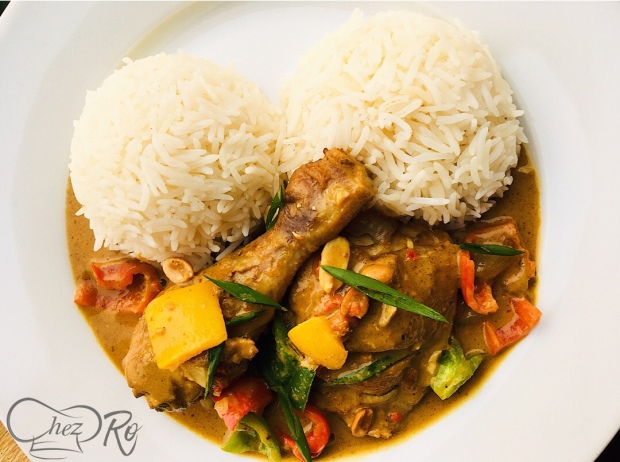 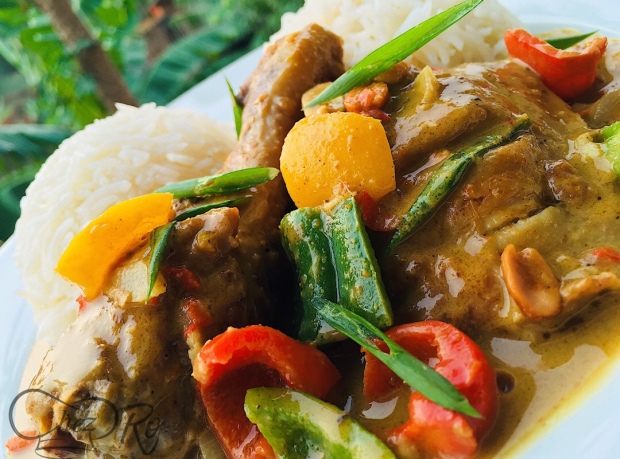 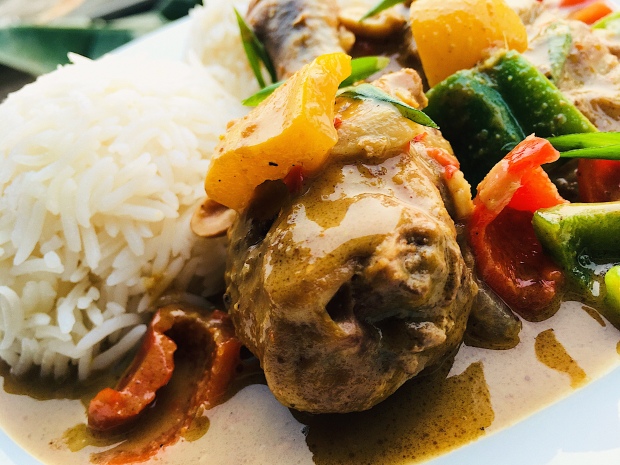 About Kovs being dramatic….. So, I asked her to come and taste it before I plated and shot this meal. She tasted it but didn’t say anything. She then had a second taste, meanwhile I’m standing right there waiting for her to say something, so I asked “what do you think” and she almost didn’t answer me AGAIN. She now said “why are you rushing me? Don’t you know it takes a while to process greatness?” Please, I’m done with her. Whomever wants her can come and carry her.

The Scent of Her home

The sense of smell is a God given gift which evokes different emotions within us....

Leave a reply Click here to cancel the reply